Before, you needed a bot for stream announcements, a bot for custom commands, a bot for role management, and on and on…

Carlbot does what the most popular bots do but does it better, faster, and without the meme commands that spam and annoy you. Carlbot has been used to reduce the number of bots needed in a server from 3 to 4 or more… to just 1.

Role Management - Put the work in your member's hands, or Carlbot's

Is it against your server’s rules to post invite links to other servers? Carlbot’s automod features will automatically carry out specified punishment actions including the ability to delete the message immediately, temporarily banning or muting the sender, etc.

You can also:
• Apply multiple punishment actions to an infractive example with the click of a button
• PM/DM users to inform them why the mod action was taken
• Defer infractions to a specific channel for your mod team to decide what action to take next
• Use Carlbot's mod-log features, allowing moderator's to take responsibility for their actions 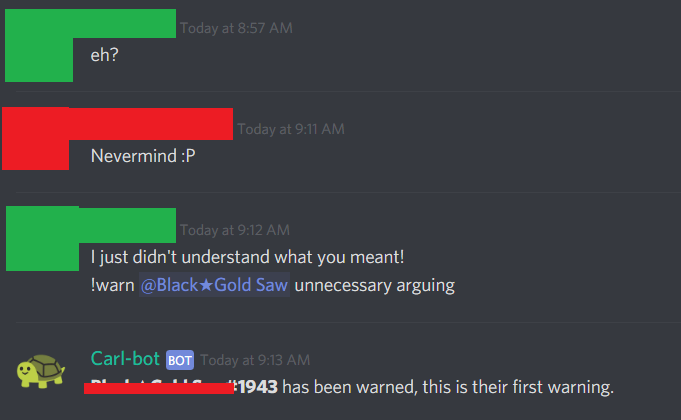 No one is a Big Brother quite like Carlbot. Know when members join/leave/create invites/change their nickname or avatar and much more by logging server and user actions with Carlbot. With the possibility of splitting logging into five separate channels, the bot makes sure you get all the info with zero clutter.

A user edited a message to try to cover their tracks of behavior against your server’s rules? Carlbot will show you that.

Customization - Let Carlbot do even more for you. Seriously.

If someone used the !mathskillz command Carlbot will pull one response more often than the other based on the N| syntax:

Example of a custom !bard tag built for a Pathfinder server: 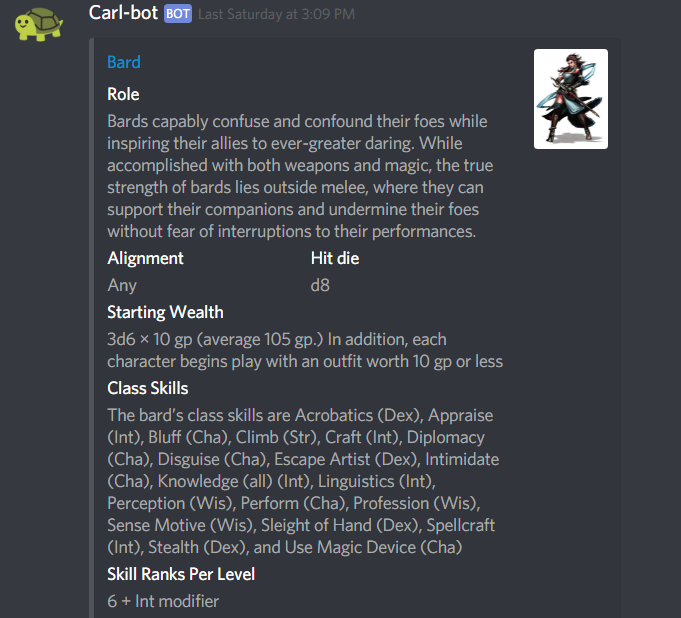 Want to support the dev and learn more?